rand is a musical collaboration with concert pianist Jan Gerdes,
a crossover project at the interface of classical and electronic music with references to minimal, romantic and contemporary music as well as to jazz, ambient, drone, glitch, clicks & cuts and club music.
We self-released two EPs in 2020 and we recorded our debut album already.
We are working on the artwork and we will start a crowdfunding soon as the album needs to be mixed first and mastered then.

Debut album is due to be released in September 2022.

CLIKNO is a term Dr.Nojoke establishes since 2005 when he started to create his unique signature sound.
Describing his music as CLIKNO allows Dr.Nojoke flexibility in his productions, therefore unpredictable in a positive way, often surprising and always looking for something special.
Put together from clicks & cuts and minimal techno in the beginning CLIKNO became a concept open to diverse inspiration and influences. 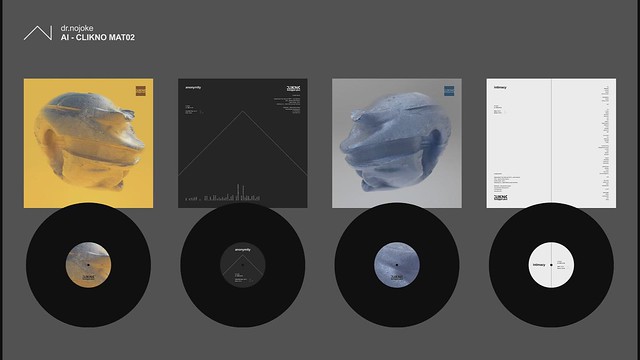 The PLO is a project of The POOL Berlin collective.
The open group of electronic sound artists perform together in completely free improvised jam sessions.
Musicwise the frame is set around abstract, experimental, minimal, deep, dubby techno, ambient, drone and field recordings.
The core group is built of ANN, Demas, Dr.Nojoke and Waldboot featuring guests from all over the world regularly.
Involved guests artists so far were: Sasha Kaline, From Karaoke To Stardom, Dinelka, Fake Electronics, Sebastian Albrecht, Marlene Magnoli, \// \\\, Tomash Ghz, Sin Ed, Jonn Melchiat, Ray Danski
and AkustoOptik for the visual side.
soundcloud
facebook

TRIoon is a collaboration beween sound-makers Dr. Nojoke and J-Lab and visual artist Servando Barreiro,
who came together for a performance on the Club transmediale 09 on the 27th Janurary 2009.
Paralelo is the outfit of Dr.Nojoke and J-Lab only focussing on the sonic part.
As TRIoon we developed our field recording project the BERLIN WALL OF SOUND and performed it at the Netaudio Festival Berlin and some other occasions.
Under Paralelo we put out an album on UNOIKI, which you can listen tohere. Between 2008 and 2011 I worked together with the dancer Carolin Gödecke, a professional in the classical Indian Bharata Natyam dance, and vitaminK+ of the Tritamin Visual Collective on an audiovisual dance performance.


Under the title HORROR VACUI we explored the ambivalence of emptiness and nothingness roughly speaking.
click here for rehearsal pics


what my neck remembers, my head will forget

... is a collaboration with the Danish dancer Christiane Borch.
The solo dance performance and live music are developed together through improvisation.
The performance reflects an injury of the dancer.
ACTUAL CAUSE OF ACCIDENT AND PICTURE OF CONDITION Woman got during training a hard kick on the right side of the face and felt momentary “paralysed” with pain in the neck without falling or any total unconsciousness. Although there was some improvement in the course of condition the woman is still complaining over daily pain at the localised neck – shoulder region accompanied with outgoing cramping headache plus accompanied light and sound sensitivity. Beside that some neuropsychological disturbance i.e. mental disturbance with difficulties in concentration and memory difficulties, together with loss of energy and tiredness and the feeling of more tiredness both physically and mentally. This causes physiological strain and increased feeling of easily caused stress.


Dr.Nojoke understands himself more as a selector than a DJ.
He blends and contrasts IDM, Breaks, Clicks & Cuts, Glitch and Techno with Ambient, Drone, Minimal Music, Electronica or even Dub, No Wave, Indie- and Post-Rock, Electro, Industrial and Punk and any kind of unique groovy, textural, noisy or experimental music  - a mashup or collage for dancers, couch potatoes and heavy listeners!
Check Dr.Nojoke´s Mixcloud and his conceptual REGENERATED DJ-sets
click here

33.99 RECORDS is a temporary, instant and one-of-a-kind record label dedicated to the art of vinyl-cutting. During 11 days alongside Club Transmediale, nine 7" records will be cut each day with different artists from the program and visitors to the studio. Each of these 99 records will contain a unique performance, improvisation or moment in time recorded directly to vinyl with a hand-printed cover, and no further copies of these records will be made. The records can be purchased at the Dense shop at Maria am Ostbahnhof during the Club Transmediale nights.

I recorded two singles: the numbers #57 and #58.
All of the 99 singles are transparent vinyl with transparent label and sleeve.
Available at the Dense record-shop in Berlin.

The artists gallery Kunstkabine in the Rigaer Strasse in Berlin invited Dr.Nojoke on the 24.th and 25.th of Septembre 2004 to create a sound-installation in their acoustically very special rooms. The result was the sound-game 47Kubik between gallery-space and visitors, which was recorded live, played back in realtime and arranged and processed by Dr.Nojoke during the 4-hour performance. The 47Kubik composition was available as CD-Rom on the same evening.  >> Kunstkabine

Basically rooted in Punk elektroblitz mitte (Dr.Nojoke and TL) always liked experiments besides songs and looks over musical horizons. In 1999 the group refrained from playing live and started to compose and produce music for film and theatre - see also the production list under 'about'. Shrinked to a duo the band presents since 2004 material in very rare live sessions again.

Last big work was the score for the film-productionDie Ausgangssituation (Retsina-Film) finished n August 2005. Together with the piano player Madalina Pasol they recorded some parts from Beethoven´s piano-sonatas Pathetique, Appassionata, Arietta and Waldsteinsonata. Based on the motifs the group creates minimal pieces added with sax, organ and effects, that support the dark pictures and slow, absurd atmosphere of the movie.  see also the production list under 'about'.

For the Christmas Art Lounge of the agency Bluetenpracht Dr.Nojoke presented two evenings in Decembre 2003 inside their location in the Pfefferberg, Berlin. Central part was the Transmission performance with Moon Suk (Toom, Shadowplay, Chant), Massaka (Edding-Painting) and dis_sign (Visuals). The aim of the performance was the 'transmission' of abstract, digital music and live-cut-ups of radiowaves into movement - thus manifesting in thick Edding-drawings on a hanging, semi-transparent screen in interaction with the shadows of the performer.
In the middle of a former factory-room a big screen was hanging from the ceiling, lightened from both sides alternately. In front of the screen the painter was acting, behind the performer. The visitor could move through the room so that depending on the position he could get different impressions of the performance. the process was lively.

In August 2000 Dr.Nojoke made a sampling live-performance on the 'Die lange Nacht der Museen' in Berlin in front of the Pergamon-Museum as part of the theatre-installation Mythen Draußen from the Dramatischen Theater.